“…he knew how to play with the audience, praising them to the sky and then puling their legs gently down to the bottom of the slope… Bond’s humour also resonated with the internationals amongst the audience… His mimicry was truly impressive”
CPH Post 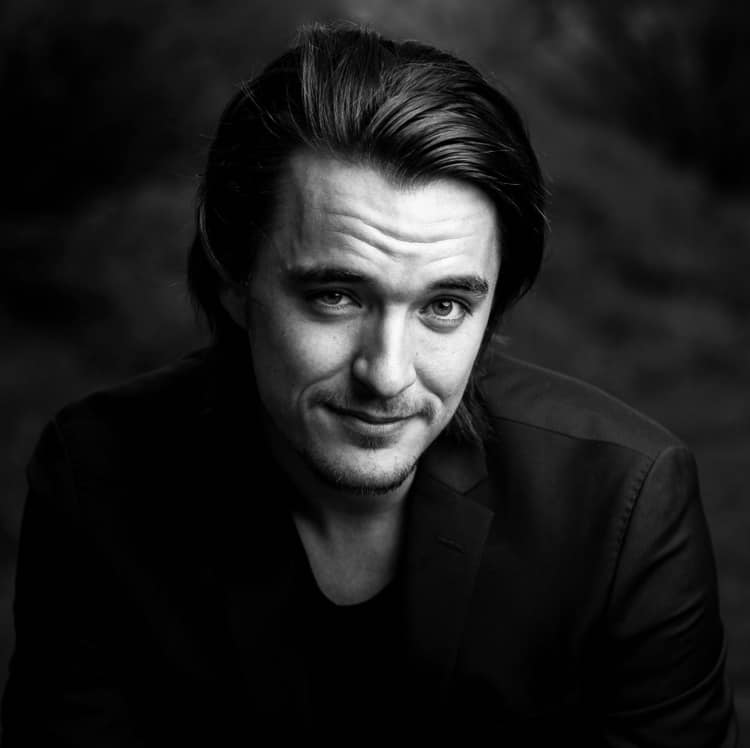 “Ever since being found in the woods by the Dalai Lama, Jefferson has always been very good at making up wild and convincing stories.

Jefferson has been a part of the Danish stand up circuit for 2 years but with his absurd observations on Danish and British culture, family life and social norms. This combined with personal stories delivered through highly energetic physical movement and misplaced charm he has already taken Copenhagen by storm. He became the first English speaking comedian to make it to the final of both Lund Comedy Grand Slam in Sweden and DM I Stand Up 2019 in Denmark in the same year. He has toured across both Denmark and Sweden nationally and has appeared on Danish national television on TV2 and DR Radio. His first one man show ‘My Life as a Rockstar Astronaut and Other Lies’ earned him 4 stars. As well as this he has performed as a supporting act alongside Simon Talbot and Russell Howard in their Danish tour.

He hosts his own English comedy night at No Stress Bar in Copenhagen, which showcases Denmark’s biggest comedians both Danish and international.

He can be seen regularly performing at comedy clubs across the country and is also apparently very arrogant when writing in 3rd person.

All the best – Jefferson Bond, Actor/Comedian”

Book Jefferson Bond for your next event and be sure to get any audience to have fun!

Book Jefferson Bond
We use cookies on our website to give you the most relevant experience by remembering your preferences and repeat visits. By clicking “Accept All”, you consent to the use of ALL the cookies. However, you may visit "Cookie Settings" to provide a controlled consent.
Cookie SettingsAccept All
Manage consent

This website uses cookies to improve your experience while you navigate through the website. Out of these, the cookies that are categorized as necessary are stored on your browser as they are essential for the working of basic functionalities of the website. We also use third-party cookies that help us analyze and understand how you use this website. These cookies will be stored in your browser only with your consent. You also have the option to opt-out of these cookies. But opting out of some of these cookies may affect your browsing experience.
Necessary Altid aktiveret
Necessary cookies are absolutely essential for the website to function properly. These cookies ensure basic functionalities and security features of the website, anonymously.
Functional
Functional cookies help to perform certain functionalities like sharing the content of the website on social media platforms, collect feedbacks, and other third-party features.
Performance
Performance cookies are used to understand and analyze the key performance indexes of the website which helps in delivering a better user experience for the visitors.
Analytics
Analytical cookies are used to understand how visitors interact with the website. These cookies help provide information on metrics the number of visitors, bounce rate, traffic source, etc.
Advertisement
Advertisement cookies are used to provide visitors with relevant ads and marketing campaigns. These cookies track visitors across websites and collect information to provide customized ads.
Others
Other uncategorized cookies are those that are being analyzed and have not been classified into a category as yet.
GEM & ACCEPTÈR